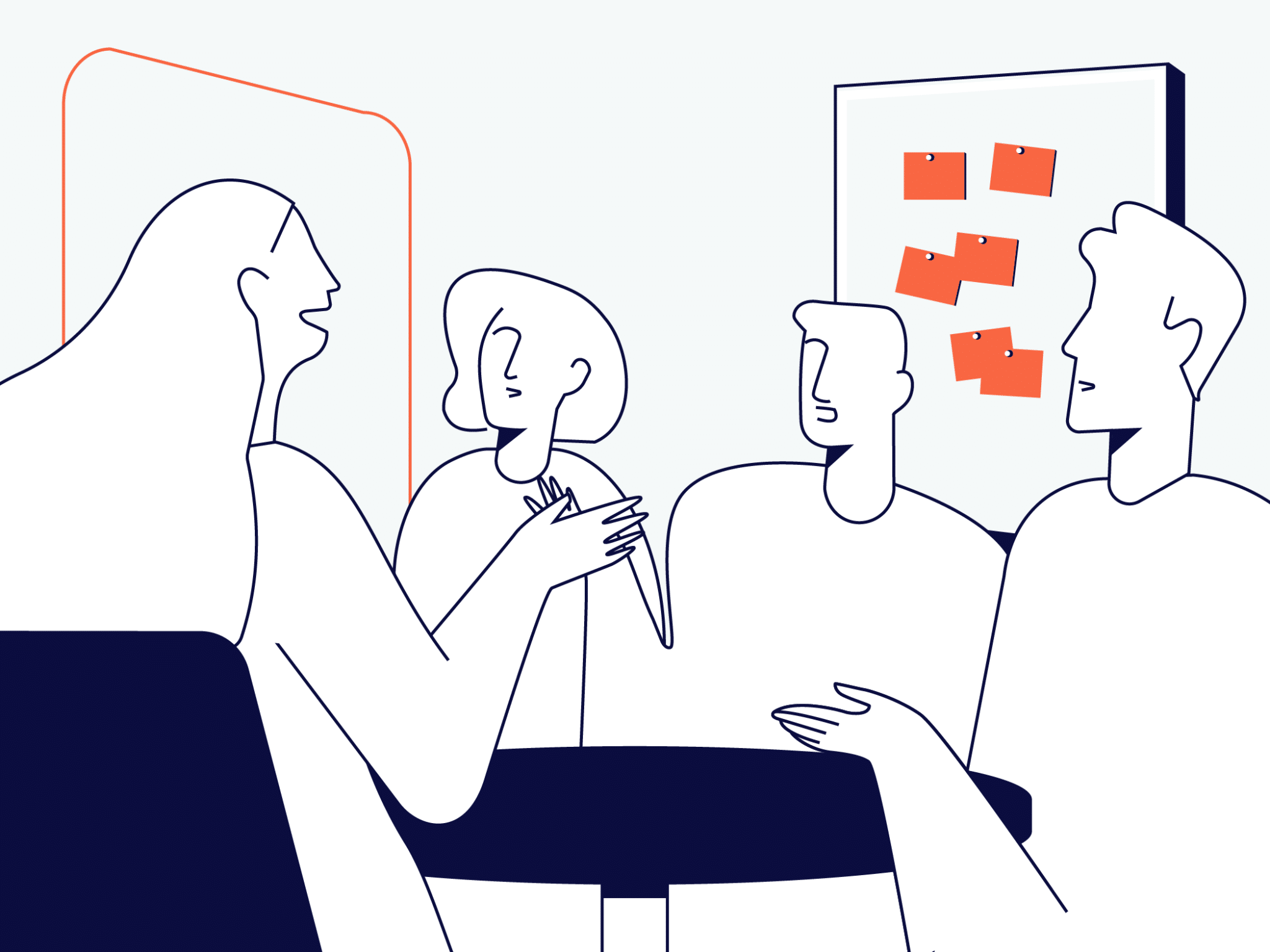 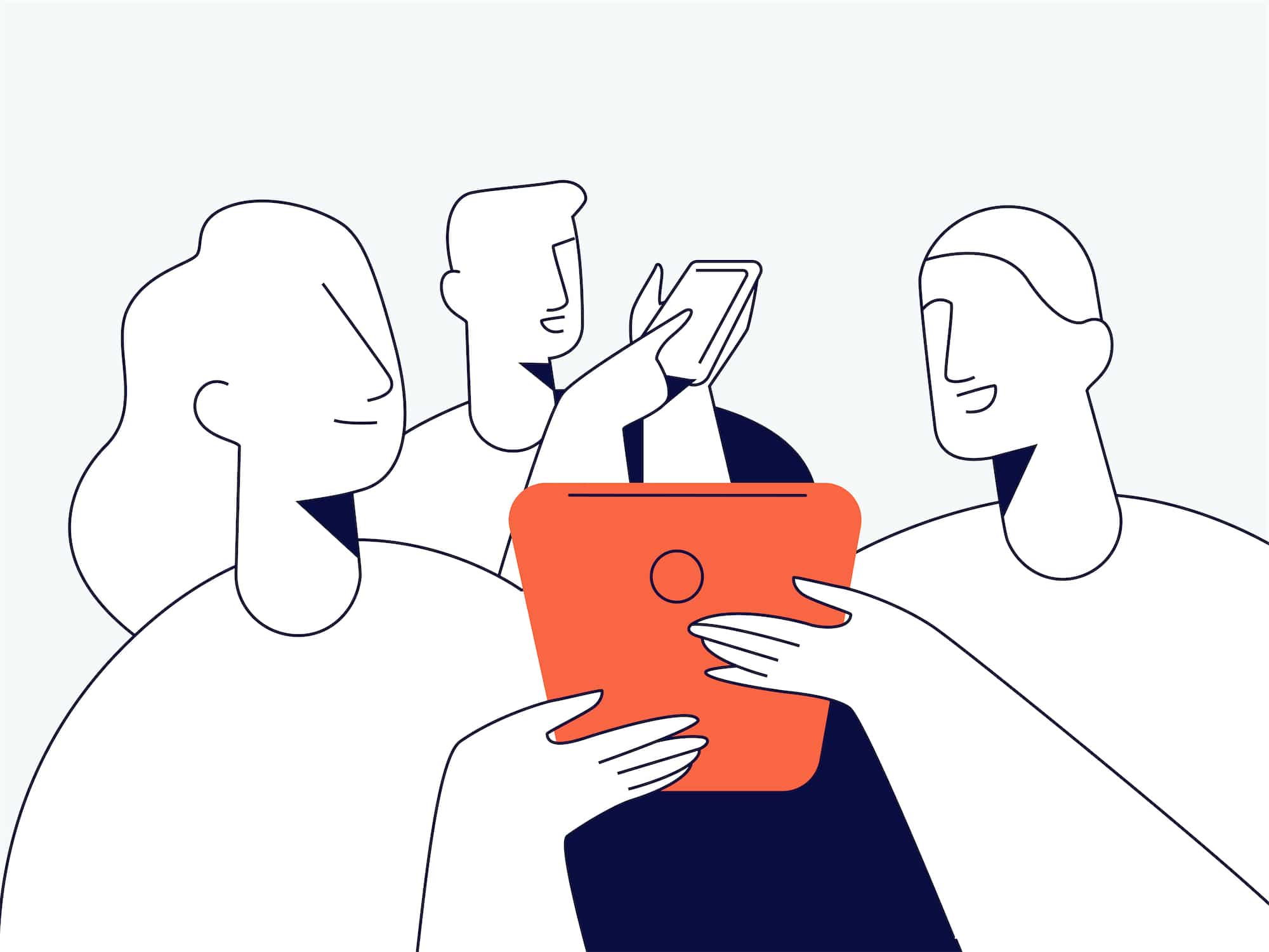 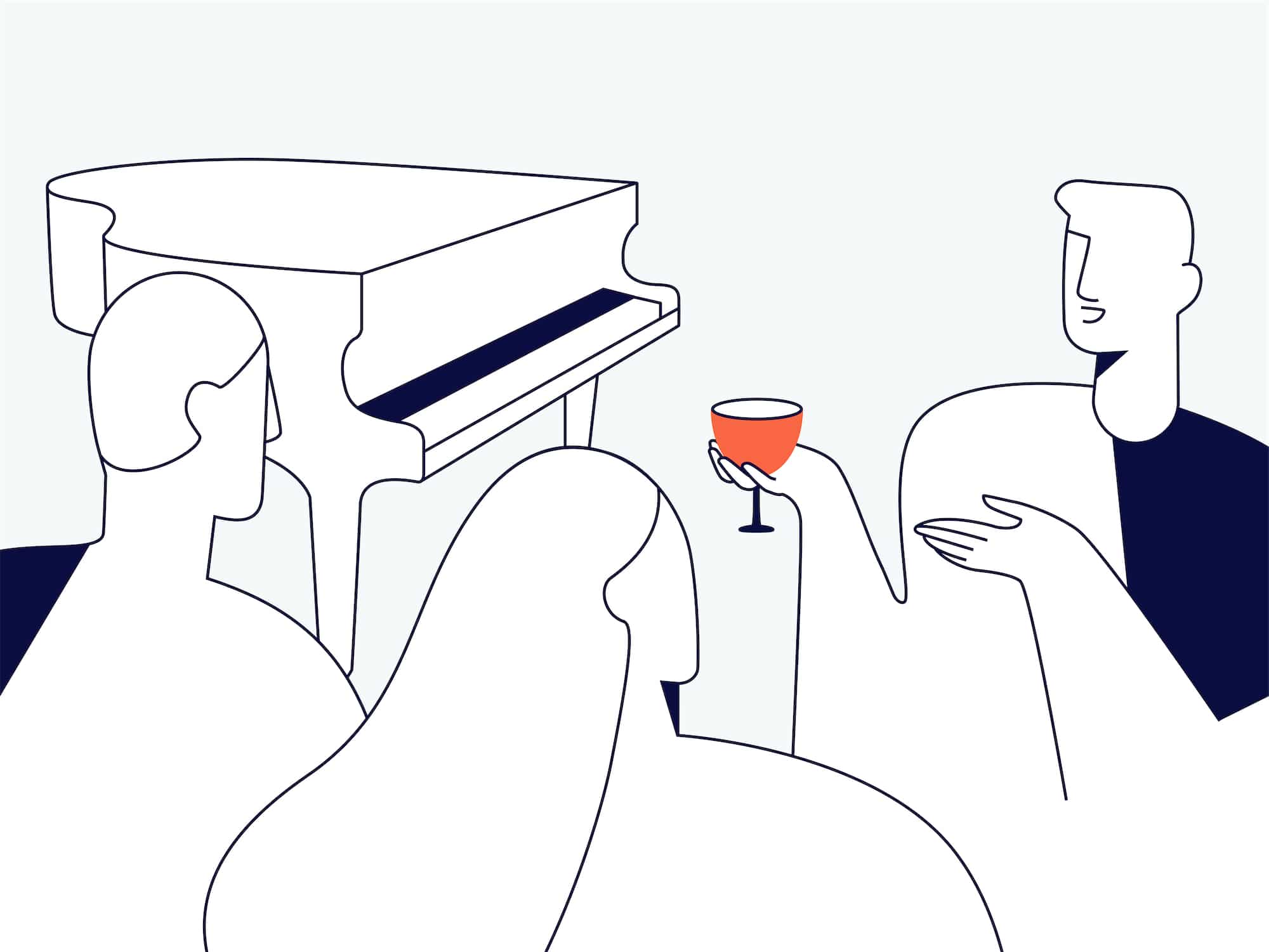 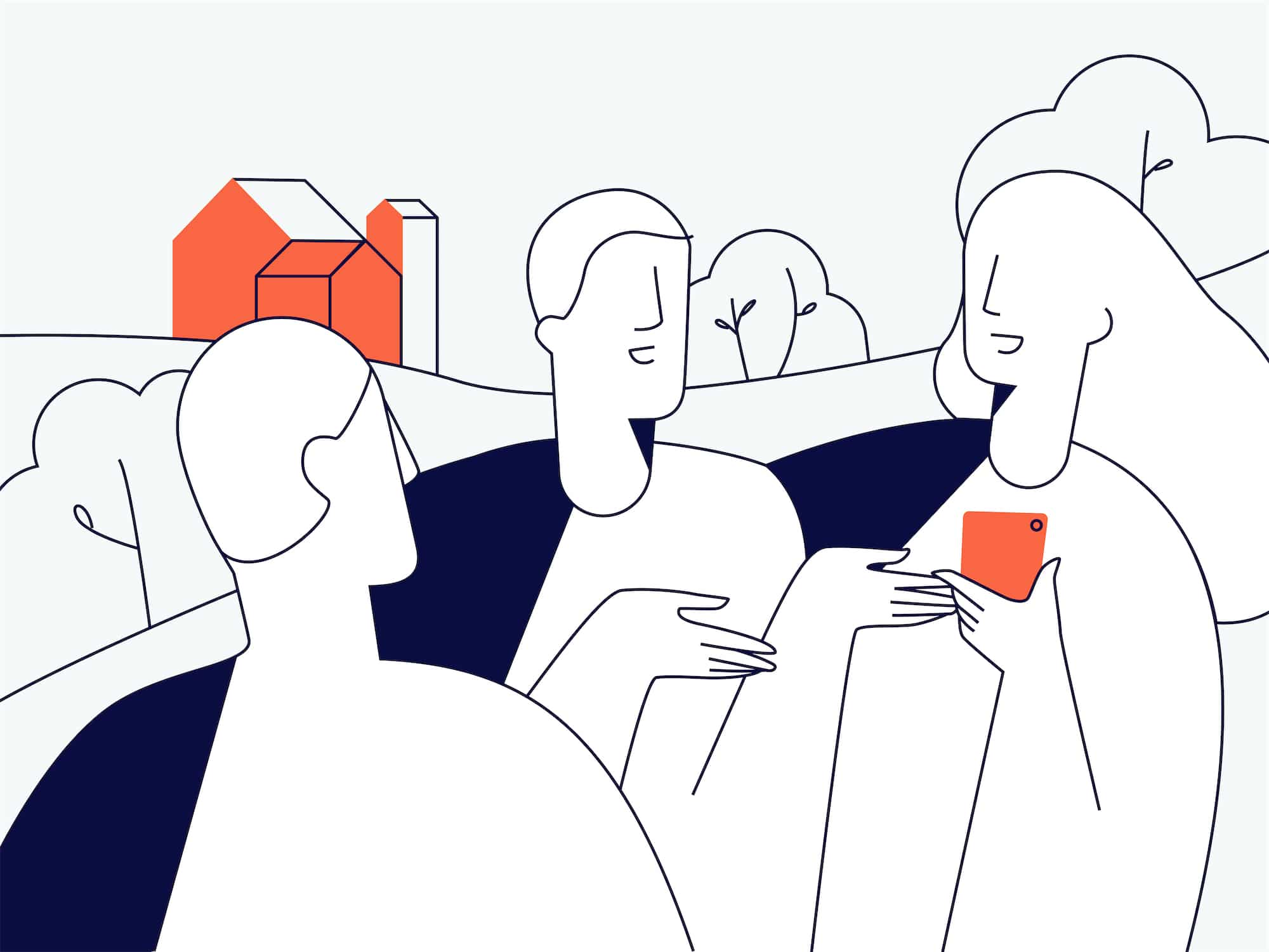 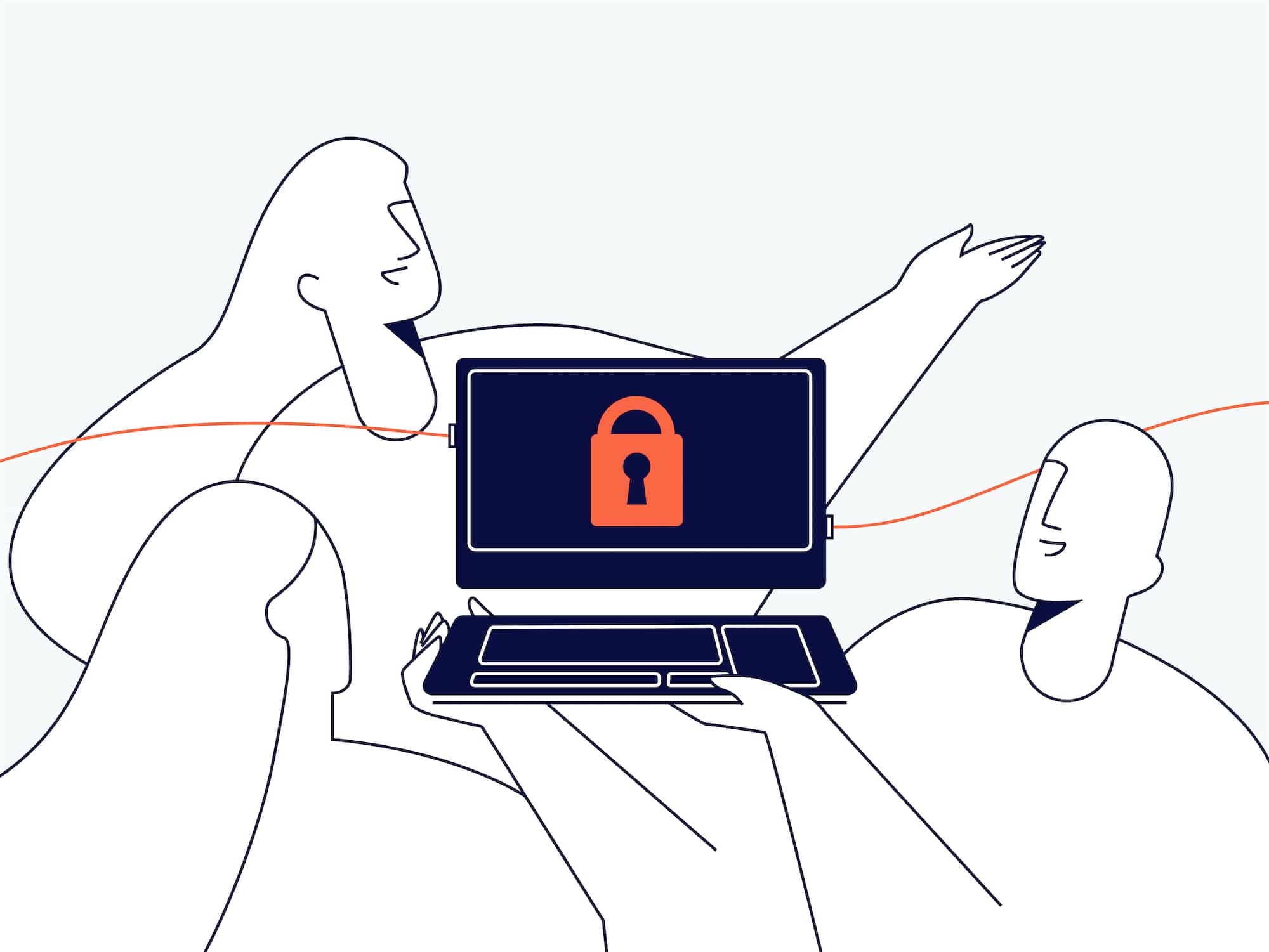 Stakeholders and government work together to create visions for cyber security 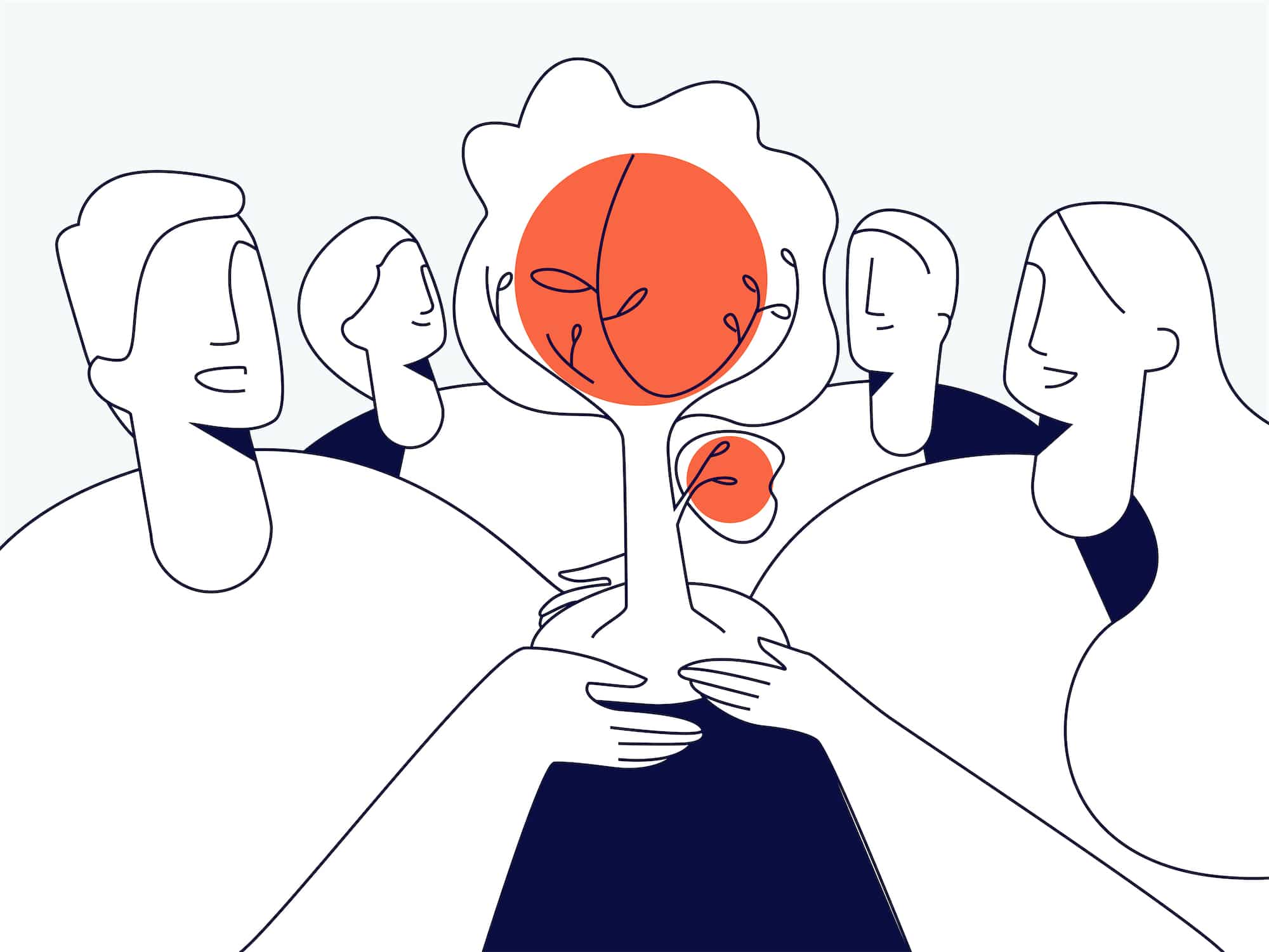 “Our climate! Our future! Youth dialogue on climate policy 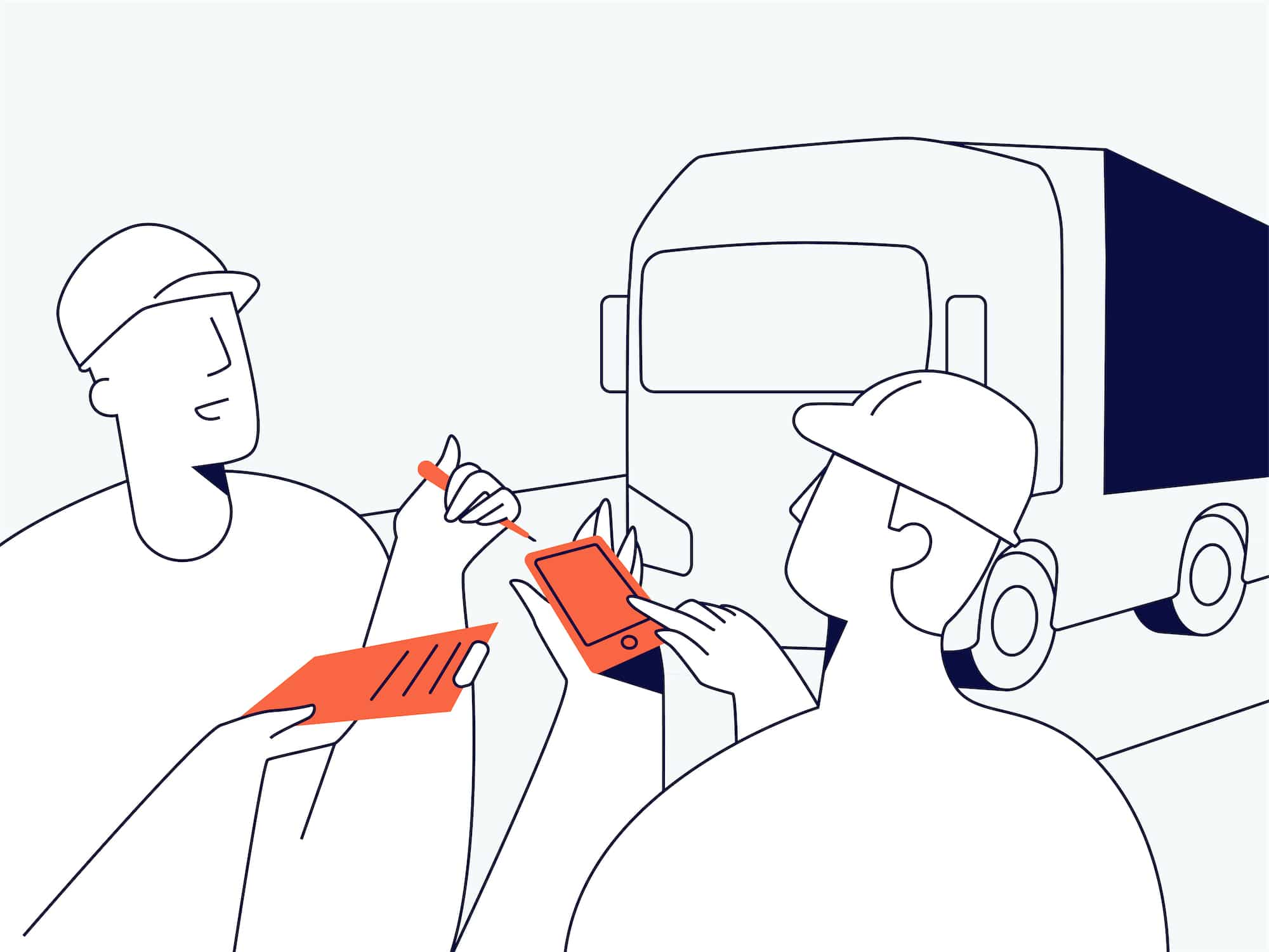 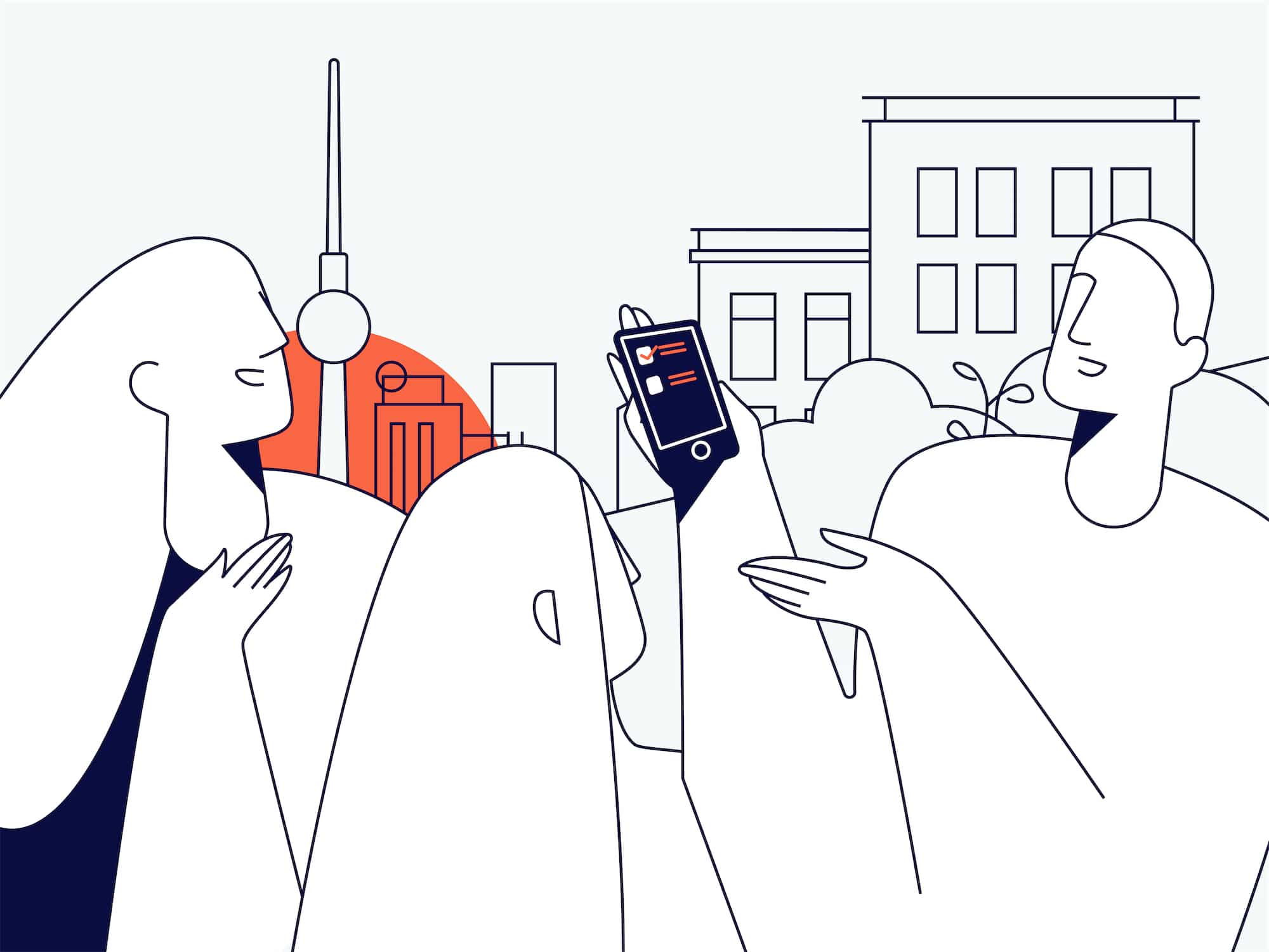 Guidelines for Citizen Participation in the Urban Development Processes 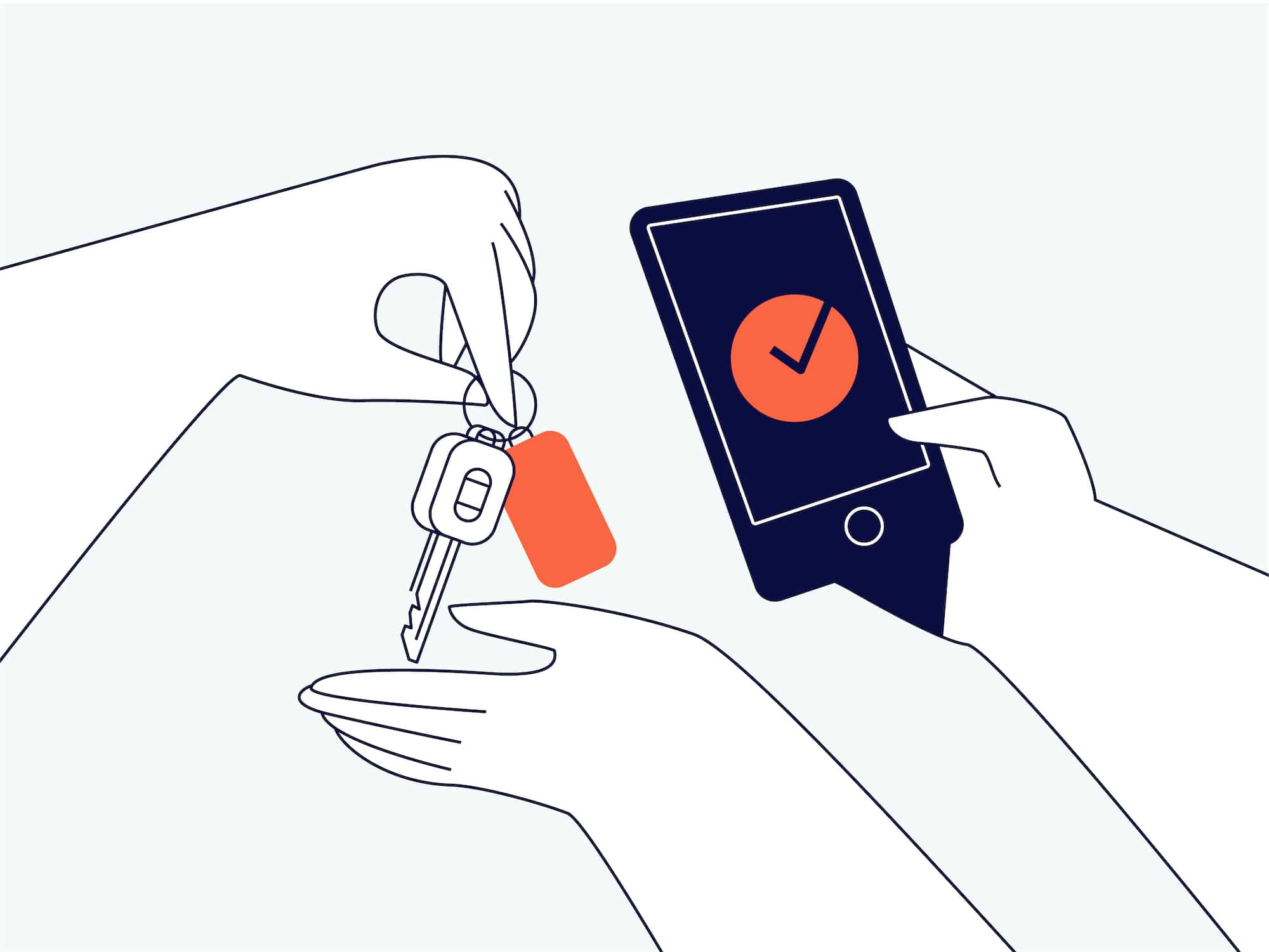 Citizens’ Forum Crisis-Proof Society Baden-Württemberg
nexus organises and moderates the events, accompanies the participants and secures the results on behalf of the State Parliament of Baden-Württemberg.

Dialogue for Cyber Security
nexus plans and organizes the (civil) social dialog with the German Federal Office for Information Security.

Future Forum Göttingen “The road is there for everyone – How can main roads be redesigned in a sensible way?”
nexus is conducting a future forum on the redesign of main roads on behalf of the City of Göttingen, using Weender Landstraße as an example.

KIDD – Artificial Intelligence in the Service of Diversity
nexus develops with industry partners a participation-oriented process and quality criteria for the transparent and bias-free implementation of AI.

Literature study: “Acceleration and deceleration effects of participation formats on energy transition infrastructure projects”
nexus was commissioned with the study by the Science Platform for Climate Protection, which supports the German government in the implementation of climate protection measures.

Model project for the inclusion of families as a target group in measures for the prevention of overweight in children and adolescents – Evaluation (MÜKE)
nexus conducts the accompanying evaluation in cooperation with the Alice Salomon University of Applied Sciences Berlin (Chair of Child Health) and the Technical University Berlin (Chair of Sustainable Nutrition).

Participation process for the redesign of Preußenpark
nexus is conducting a public information event, focus group discussions and online participation on behalf of the Charlottenburg-Wilmersdorf district authority of Berlin.

Promoting noise-conscious behaviour
nexus coordinates the overall study on behalf of the Federal Environment Agency and conducts a citizens’ dialogue.

Selection of citizens as members in the National Citizens’ Oversight Committee
nexus is commissioned with the implementation of the selection process; designs, moderates and documents the events of the citizens’ forum and the two election committees.

Strengthening youth participation in the policy advice of the Federal Ministry of Food and Agriculture
nexus develops a concept and a handout on behalf of the BMEL.

All nexus projects can be researched in the project archive.
The links and project homepages correspond to the status at the end of the project.

Active evaluation of the program “Green Up Your Future 2”
nexus is evaluating 27 experience-oriented bionics workcamps with young people on the topic of green jobs.

Digital Commune – Digital Region: Socio-Cultural Impacts through Digitization and Artificial Intelligence
nexus explores the socio-cultural effects of digitalization and artificial intelligence in different municipal fields of action and puts them up for discussion.

“Gendered Innovations”: Gender Diversity in the Research Process
nexus is developing a short-term training program with the Entain Foundation and the University of Excellence TU Berlin to promote diversity in the research and development processes.

Neumünster Climate Assembly
nexus conceives, organises and moderates the citizen assembly on behalf of the City of Neumünster.

Participation process and public relations for the further development of the Berlin Energy and Climate Protection Program for the implementation period 2022 to 2026
On behalf of the Senate Department for the Environment, Mobility, Consumer and Climate Protection, nexus is conducting a series of workshops with the specialist public and specialist departments, two specialist forums and two public online participations.

Process support for the creation of guidelines for citizen participation in the city of Braunschweig
nexus designs and moderates the process in cooperation with the local partner DenkRaum Braunschweig gUG.

Scientific evaluation of the transfer and development project STUDIUM HOCH E
nexus evaluates the transferability of a project on integration by involving students with a history of migration and international students.

Dialog events on structural change in the Central German Region of Saxony-Anhalt
nexus accompanies and moderates five citizen dialogues with the state government and five expert workshops on the lignite phase-out.

Ecoism
nexus develops a toolbox for citizen participation in order to support the implementation of energy communities on selected Greek islands.

External evaluation of the conference Subfields
On behalf of the Federal Office for the Safety of Nuclear Waste Management (BASE), the nexus Institute evaluates the public participation for the search for a final repository within the framework of the conference Sub-areas.

Future Council “School of Tomorrow”
Together with ifok GmbH, nexus conducts the nationwide Future School Council for the #wirfürschule initiative.

HubIT – The HUB for boosting the Responsibility and inclusiveness of ICT enabled Research and Innovation through constructive interactions with SSH research
nexus is responsible for cooperation management within the framework of the large joint project funded by the EU Horizon 2020.

Moderation and process design for the implementation process of the guidelines for citizen participation in the district of Friedrichshain-Kreuzberg
nexus conducts two workshops with Planergemeinschaft für Stadt und Raum eG and develops a process design and a graphic on district participation structures.

Moderation of the Implementation Process of the Guidelines for Citizen Participation in the Departments of the Reinickendorf District Office
nexus and Planergemeinschaft für Stadt und Raum eG accompany two events and develop a goals paper.

Planning cells “Moving and breathing Bocholt
nexus is carrying out planning cells on behalf of the University of Wuppertal, Faculty of Human and Social Sciences, Institute for Democracy and Participation Research (IDPF).

Public participation in the redesign of the Preußenpark in Berlin
nexus organises citizen participation to balance the interests of residents and visitors to the StreetFood market, so that the green spaces can be restored without destroying the colorful Thai market.

Citizen participation Karow
nexus is developing and implementing a participation concept to accompany the framework planning for the Karow district in Berlin-Pankow.

Distribut(e): Green neighbourhood supply chains for the city of tomorrow
n the Distribut(e) research project, sustainable business and rental models for local deliveries with electric delivery bikes are developed and tested in cooperation with residents and stakeholders from the two Berlin neighbourhoods Klausenerplatz-Kiez and Mierendorff-INSEL.

Development of an Engagement Strategy for Berlin
On behalf of Berliner Senatskanzlei, nexus is organizing a participatory process to develop a new engagement strategy for the state.

External monitoring of the dialogue “Pflege 2030”
nexus is evaluating 27 experience-oriented bionics workcamps with young people on the topic of green jobs.

KOMOBIL2035
nexus conducts qualitative accompanying research to investigate how the coordination of main and voluntary work in rural areas can be improved using the co-production of mobility services as an example.

Planning cell and citizen’s report on CO2 pricing
nexus is carrying out planning cells on behalf of the Technical University of Berlin as part of the research project “WindNODE – The Showcase for Intelligent Energy from the North East of Germany”.

Implementation concept for the guidelines for the participation of citizens in processes and projects of spatial urban development
nexus, together with Planergemeinschaft für Stadt und Raum eG, is supporting the development of a concept that will provide a framework for the implementation of the guidelines by the Berlin administration.

Citizens’ Assembly for Democracy
A project team comprising Mehr Demokratie e.V., schöpflin Stiftung, nexus and IFOK carries out a civil society-based participation project based on the model of the Irish Citizens’ Assembly

Innovation cluster for crafts sector in North Rhine-Westphalia
nexus evaluates a measure to strengthen small and medium-sized enterprises in the craft sector to deal with digitisation, innovation and demographic change.

Institutionalisation of the social dialogue
Starting with the format “Denkwerkstatt”, the stakeholder dialogue on the topic of a secure information society will be continued and deepened.

Concept on climate adaptation for the district Ostallgäu and the independent city Kaufbeuren
nexus is responsible for stakeholder participation in the development of a regional concept for dealing with climate change.

Communication concept dialogue care 2030
nexus develops and organises a large kick-off event within the framework of the project and develops a “toolbox for dialogues” that enables diverse formats for very different target groups.

Guidelines for Citizen Participation in the Urban Development Processes
On behalf of Berliner Senatsverwaltung für Stadtentwicklung und Wohnen, nexus structures and moderates the development of guidelines for citizen participation.

Planning cells are a form of citizen’s participation that was developed by Prof. Peter Dienel in the 1970s at the research centre for citizen’s participation at the University of Wuppertal. A similar concept is the idea of the Citizen’s Jury, which was designed in the 1970s by Ned Crosby at the Jefferson Centre in Minneapolis, Minnesota. Both procedures are based on a random selection of participants and are therefore part of the „Mini-public“-formats of participation, representing citizens.

This database was created by the nexus institute, which is run by Prof. Hans-Liudger Dienel, the son of Prof. Peter Dienel who developed the German version of the Citizen’s Jury, called a Planning cell (Planungszelle). The database aims to allow anyone interested to gain easier access to information about Citizens Juries conducted so far.

Innovation: The European Journal of Social Science Research is a social science journal on innovation, change and transformation of organisations, institutions and societies. It combines analytical and descriptive approaches with an attempt to discuss solutions, visions, roadmaps as well as threat scenarios and dystopias. This combination of hermeneutic analysis and application of deconstruction and construction are the cornerstones of the journal, which is open to all social and cultural sciences.

Since 2017, the nexus Institute has been publishing the renowned English-language scientific journalInnovation: The European Journal of Social Science Research together with the European Association for the Advancement of the Social Sciences and the publishing house Routledge – Taylor & Francis Group.